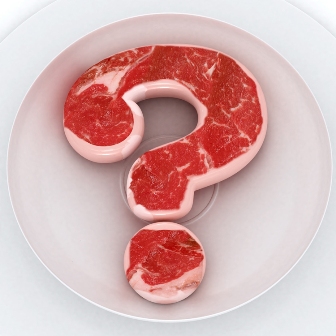 "Most of America is Malnourished but Obese!!" / "Poor 3rd World starving countries are Malnourished but skinny!??" - My new article I'm working on and I'm really blunt, honest, & passionate about this! - We have kids & adults living off of pop tarts, sodas, candy, chips, fries, more sodas, fried nuggetts, sugary juices, processed everything, and Medicines galore!...where is the nourishment????? - Let me know what you all think?

I see kids as clients and their parents as clients all week, who allow this lifestyle: start their day with junk food (if they eat breakfast at all), then eat a high-fat fried and/or greasy lunch, then a huge junky fried/greasy/sugary/high flour/high calorie dinner, and top the night off with candy or more junk all being washed down their throats with sodas, high-sugar/high-fat coffee drinks, sweet tea, fruit (barely) juices, or instead of low-fat milk…fattening sugary chocolate milk…and that malnourished day was riddled with “in-activity”.  Most of the day was and is filled with video games, school, desk jobs, Internet, boring TV, etc.

Points systems, pre-packaged (fat-free, sugar-free, sodium-free, carb-free, flavor-free) food items mailed to your home, all protein diet companies, etc are just killing our America and most of us are malnourished if we follow their plans.

Many people want nutrition labels and facts out and readily available on fast food items…Why???  We should not be frequenting fast food places in the first place, except for maybe a cheat meal and do we really need the nutrition label to know what is healthy?  Come-on people do we not know a grilled chicken salad and water is better for us than a fried chicken, french fries, fried dessert pie, and soda meal?  Seriously?!

Gone should be the days of enabling Americans and any country for that matter about food choices and saying well it’s okay you can eat junk and be lazy, malnourished, sick, and pickled with medicines to treat all your illnesses and disabilities you get from you un-healthy lifestyle!?...and we will just make bigger clothes (“Plus-Size”) and tight flattering undergarments to hide the fact that you are obese… I don’t think so!  We have to take responsibility for our own actions and lack of self-control and discipline instead of being enabled and enabling those around us.  We cannot justify or rationalize being Obese anymore in this country or anywhere else in this world!

We are in a real crisis here in America and it’s spreading around the world as more and more non-nutritious processed foods and laziness hits other countries!

When you are aware, recognize and know you have a problem then you immediately try to understand the problem then look for a solution to fix it!

Look, we have to acknowledge we have a problem and acknowledge we have solutions to fix it now!  No more putting our health on the back burner while we slowly pickle ourselves with medicines to prolong our sickly diseased and disabled malnourished lives.  Now is the time to make our health our priority and take back our America and our world from laziness, junk, and excessive consumption!

Take a look at the statistics our government compiled and just look at our slow death and how we are becoming increasingly malnourished and Obese and diseased.  We are dying and no one can do anything to help us but ourselves.

YOU are Responsible for YOU, WE are responsible for ourselves and our children and we are charged with the responsibility to be good caretakers of our temple God gave us.

*Keep an eye on www.StrengthRunner.comand www.TrainWithDave.comto be making even more of a positive difference this year! 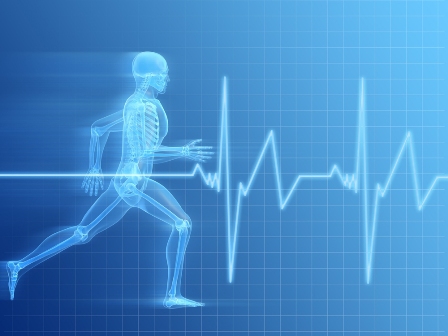 Now for “OUR” Scary and Boring Obesity statistics on Lost $Billions, Deaths, and Families…

“During the past 20 years, there has been a dramatic increase in obesity in the United States and rates remain high.”

For adults, overweight and obesity ranges are determined by using weight and height to calculate a number called the "body mass index" (BMI). BMI is used because, for most people, it correlates with their amount of body fat.

See the following table for an example.

It is important to remember that although BMI correlates with the amount of body fat, BMI does not directly measure body fat. As a result, some people, such as athletes, may have a BMI that identifies them as overweight even though they do not have excess body fat. For more information about BMI, visit Body Mass Index.

Other methods of estimating body fat and body fat distribution include measurements of skinfold thickness and waist circumference, calculation of waist-to-hip circumference ratios, and techniques such as ultrasound, computed tomography, and magnetic resonance imaging (MRI).

BMI is just one indicator of potential health risks associated with being overweight or obese. For assessing someone's likelihood of developing overweight- or obesity-related diseases, the National Heart, Lung, and Blood Institute guidelines recommend looking at two other predictors:

What causes overweight and obesity?

There are a variety of factors that play a role in obesity. This makes it a complex health issue to address. Behavior, environment, and genetic factors may have an effect in causing people to be overweight and obese.

Adapted from U.S. Surgeon General's Call to Action to Prevent and Decrease Overweight and Obesity, 2001

People may make decisions based on their environment or community. For example, a person may choose not to walk to the store or to work because of a lack of sidewalks. Community, home, child care, school, health care, and workplace settings can all influence people's health decisions. Therefore, it is important to create environments in these locations that make it easier to engage in physical activity and eat a healthy diet.

Watch The Obesity Epidemicto learn about the many environmental factors that have contributed to the obesity epidemic, as well as several community initiatives taking place to prevent and reduce obesity.

How do genes affect obesity?

Science shows that genetics plays a role in obesity. Genes can directly cause obesity in disorders such as Bardet-Biedl syndrome and Prader-Willi syndrome.

However genes do not always predict future health. Genes and behavior may both be needed for a person to be overweight. In some cases multiple genes may increase one's susceptibility for obesity and require outside factors; such as abundant food supply or little physical activity.

For more information on the genetics and obesity visit Obesity and Genomics.

Diseases and Drugs
Some illnesses may lead to obesity or weight gain. These may include Cushing's disease, and polycystic ovary syndrome. Drugs such as steroids and some antidepressants may also cause weight gain.

A doctor is the best source to tell you whether illnesses, medications, or psychological factors are contributing to weight gain or making weight loss hard.

What are the consequences of overweight and obesity?

Research has shown that as weight increases to reach the levels referred to as "overweight" and "obesity,"* the risks for the following conditions also increases:1

For more information about these and other health problems associated with overweight and obesity, visit Clinical Guidelines on the Identification, Evaluation, and Treatment of Overweight and Obesity in Adults

Overweight and obesity and their associated health problems have a significant economic impact on the U.S. health care system.2Medical costs associated with overweight and obesity may involve direct and indirect costs.3,4Direct medical costs may include preventive, diagnostic, and treatment services related to obesity. Indirect costs relate to morbidity and mortality costs. Morbidity costs are defined as the value of income lost from decreased productivity, restricted activity, absenteeism, and bed days. Mortality costs are the value of future income lost by premature death.

National Estimated Cost of Obesity
The medical care costs of obesity in the United States are staggering. In 2008 dollars, these costs totaled about $147 billion.5

Obesity is common, serious and costly

Obesity affects some groups more than others

Obesity prevalence in 2011 varies across states and regions

The History of State Obesity Prevalence

How is childhood overweight and obesity measured?

Body mass index (BMI) is a measure used to determine childhood overweight and obesity. It is calculated using a child's weight and height. BMI does not measure body fat directly, but it is a reasonable indicator of body fatness for most children and teens.

A child's weight status is determined using an age- and sex-specific percentile for BMI rather than the BMI categories used for adults because children's body composition varies as they age and varies between boys and girls.

What are the consequences of childhood obesity?

Obesity rates among all children in the United States

(Data from the National Health and Nutrition Examination Survey)

Childhood obesity is the result of eating too many calories and not getting enough physical activity.

Why focus on food and physical activity environments?

There are a variety of environmental factors that determine whether or not the healthy choice is the easy choice for children and their parents. American society has become characterized by environments that promote increased consumption of less healthy food and physical inactivity. It can be difficult for children to make healthy food choices and get enough physical activity when they are exposed to environments in their home, child care center, school, or community that are influenced by–

There is no single or simple solution to the childhood obesity epidemic, but learn what states, communities, and parents can do to help make the healthy choice the easy choice for children, adolescents, and their families.

States and communities can–